Parkinson disease is one of the most deadly among neurological diseases with more than 60,000 annual new cases in the United States and 7-10 million cases world-wide. It is caused by the reduction of dopamine production, a neurotransmitter in a specific region, substania nigra, of the brain. In time these neurons will die (apoptosis), an undesired condition which will affect the rest of the nerve cells in the brain. It is believed that approximately 85% of Parkinson is mutagenic and the others 15% having a genetic basis.  The symptoms of Parkinson disease are well known with the gradual loss of movement and balance as well as non-motor symptoms such as constipation and vision impairment. Current treatments include supportive physiotherapies, medication or surgery, treating the symptoms, only to improve the quality of life of the patients but not targeting the cause, i.e. genetic mutations at the molecular level.

One of the major historical stumbling blocks is the Blood-Brain-Barrier (BBB), preventing the penetration of drugs from the blood vessels to the defective neurons. Our preliminary clinical studies and cell lines have indicated that RP-323 has a definitive mitogen effects in cell differentiation and proliferation. RP-323 can rescue or restore normal cellular functions. Additionally, there is evident that RP-323 was able to penetrate the Blood-Brain-Barrier.

With these positively encouraging studies, we have initiated clinical trials toward the cure of Parkinson disease.

RP-323 is a Mitogen activator, which has the ability to turn the switch of an abnormally functioning cell on or off. When one of a cell’s MAPK synthesis pathways is blocked it can become stuck in the “on” or “off” position. This is believed to be a key element in the development of Parkinson’s disease. RP-323 through the activation of Protein Kinase C (PKC) has the ability to add a needed phosphate into the pathway turning this switch and clearing the pathway. Allowing transcription of DNA and expression of a necessary protein produces a cellular functional change such as cell division; proper function, promoting the production of dopamine (see figure 1); and/or apoptosis, a desired outcome causing death to non-functioning cells (see figure 2). 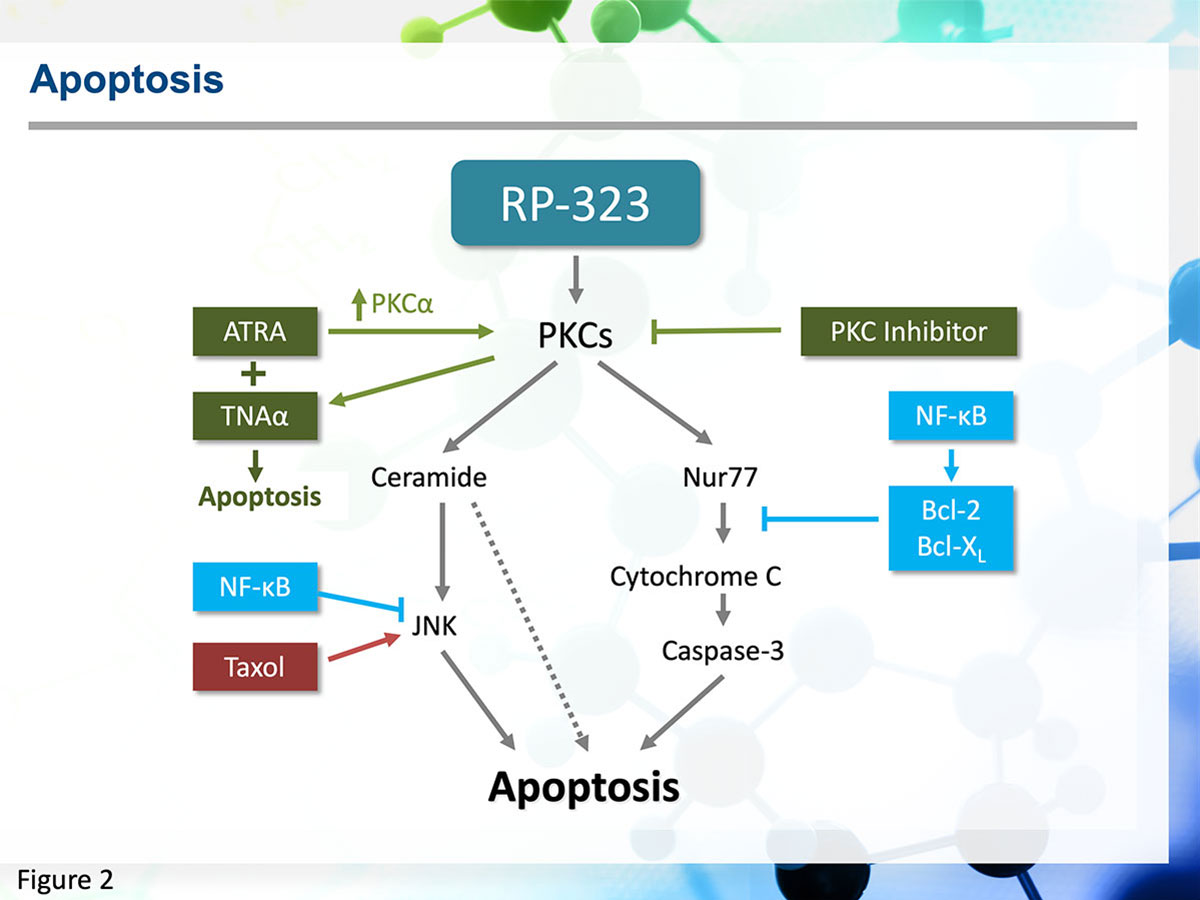